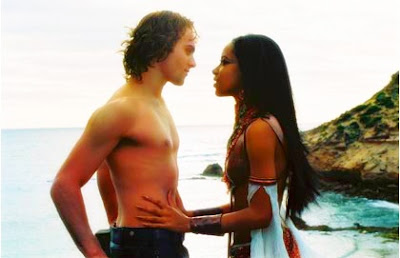 Halloween is two days away. The t.v and movies is
filled with Halloween themed movies. A lot of it for me
is slash and gore which I get tired of. Maybe some
of you do too.

Here is my off the top of my head, very short movie
and tv list of things you may want to watch over
the weekend. It is filled with ghosts, vampires, magic
and fantasy. Some of these I have talked about before,
I feel they deserve repeating.

Sleepy Hollow (1999)- Johnny Depp and Christina Ricci
are lovely in this; It is full of beautiful and dark
fantasy.

Queen of The Damned (2002) - Aaliyah rocks as Akasha and
Stuart Townsend is a great Lestat.

Beauty and The Beast (1987-1990)- The first two seasons are the best
which showcases the love of Catherine and Vincent in a magical and
modern take of the fairy tale.

Buffy, The Vampire Slayer (1997-2003)- love this show.
My favorite are the first three seasons. Especially the
love between Buffy and Angel.

Constantine (2005) - Keanu Reeves as a world weary
Supernatural Detective. It is dark and satisfying.

The Lake House (2006)- Keanu and Sandra Bullock reunited
with a romance separated by time.

Somewhere in Time (1980)- I have done two posts so far
dedicated to one of my favorite movies. Christopher Reeve
and Jane Seymour are pure magic in this film.

Portrait of Jennie (1948)- Jennifer Jones is Jennie and
Joseph Cotten is the artist who meets her on a snowy
winter night. There begins a romance that defy Time itself.

The Enchanted Cottage (1945) - A magical cottage gives a
lonely woman and a scarred veteran a chance for true love.

The Ghost and Mrs. Muir (1947) - A widow moves into a house
haunted by the formidable Capt. Gregg (Rex Harrison).
A truly Haunting romance.

Supernatural (2005-Present) - This is one of my favorite
current t.v shows. Two brothers, Sam and Dean Winchester on
the road as Hunters fighting every thing from Vampires to Angels
to save humanity. The highlight of the series is the relationship
of the brothers. Family above everything is their motto.


Halloween can encompass much more than blood and guts.
To me Halloween is a time "Where anything is possible and
nothing is quite what it seems". A favorite line
of mine from an episode of Beauty and The Beast.

I know there are movies and films I left off. Please share
in the comments more film and t.v. suggestions.

Have a great Halloween weekend. I'll be back on Halloween
for a truly magical inspired post.

Oh some of my favorites ~ Portrait of Jenn:), The Enchanted Cottage and the Ghost and Mrs. Muir. Love Gene Tierney.
Looking forward to your Halloween post.
Hugs))

I love your list. They are all great movies. What I do is put on Night of the living dead and just run it throught the day for fun and of course in the evening. Have a great weekend Shell, smile life is good.

I love Dracula-is that the one with Gary Oldman? It is so well done. I don't like blood and gore really. I don't really have a halloween movie list but I do love The Shining. I loved The Others as a truly spooky film. Happy Halloween to you!

Oh, I wish I could fly on over on my broomstick and watch all the great t.v. shows and movies with you. I love "Buffy" but I'm more of a "Spike" fan myself. And yes, Sam and Dean, yummmy! Although, I must say my halo shines a little brighter when I see Castiel. Well, what I would add is my fave. Xmas/Halloween movie combined "A Nightmare Before Christmas" and then if we're going to be dining on Mr. Depp, I would add "Edward Scissorhands" and the movie I love to watch but scares me every time is "An American Werewolf in London." I'd definitely have to add "Sixth Sense" one of my fave. movies of all times, and since I'm a fang-banger of "Eric's" I'd watch all the "True Blood" t.v. shows. Have a blessed Samhain and of course with your fur baby too. Hmmm, maybe the movie "Cat People" the one with Nastassia Kinski for our familars ;)

Happy December! I hope you are all going into this holiday season safe and happy. If things have been challenging,  do what you can to find ... 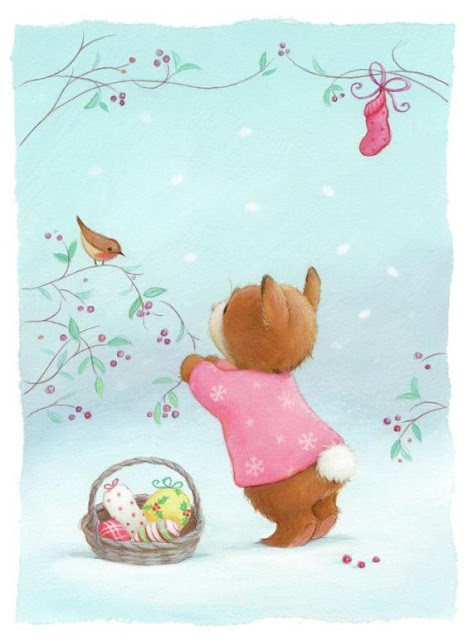