Happy Monday, my friends. Today is a very special post for me. For my long time readers, you know how much I love Somewhere in Time. My love of Somewhere in Time goes back to when I was 11yrs old. Mix Christopher Reeve plus Romance, and my 11 year old Dreamy heart was forever changed. I still love this movie, decades later. I decided about a year ago to celebrate June 27th, the day Richard Collier(Christopher Reeve) goes back in time to meet Elise McKenna (Jane Seymour) 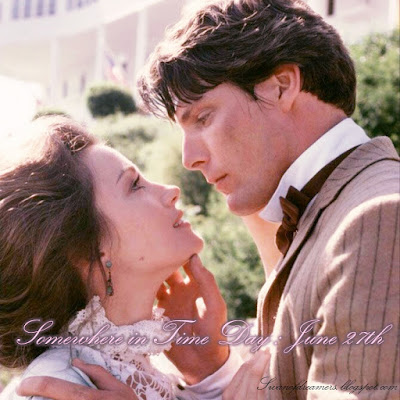 The premise of the film is simple:Richard Collier (Christopher Reeve) finds a picture of an actress, Elise McKenna (Jane Seymour) in a grand hotel. He falls in love with the picture and becomes obsessed with finding a way to go back in time to be with her.The back story of how Somewhere in Time was written, it was originally a novel called Bid Time Return, is just as alluring as the film.


Richard Matheson who wrote many of my favorite episodes of the Twilight Zone, along with the books: I am Legend, What Dreams May Come, Bid Time Return aka Somewhere in Time. He had found a picture of an actress named Maude Adams. He was smitten by her picture. He fantasized what it would be like to meet her.

This is the lovely Maude Adams. She was an actress. She is best known for originating Peter Pan on Broadway. 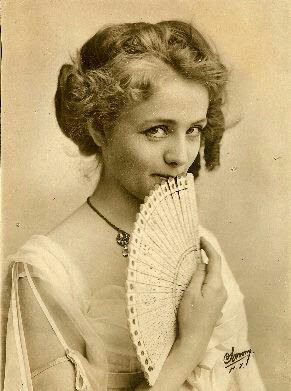 Knowing this back story makes, for me, gives the film a lovely deeper connection. Richard and Elise, in a sense are real people. Stand ins for the real Richard and Maude Adams. Maude died in 1952, I'm sure she would have been enchanted to know her picture inspired a beautiful movie.

The deeper message for me in Somewhere in Time is this: 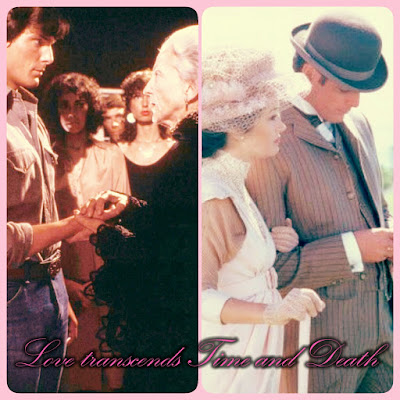 I love this picture of Jane Seymour who went back in 2015 to Mackinac Island, where the film was shot, to celebrate the film. 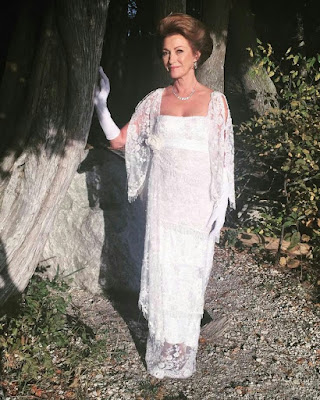 Every year, there is a Somewhere in Time weekend. One year, I am going and will dress in costume.

Here is how I celebrated last year here

This is a pivot scene where Richard and Elise meet for the second time:

Thank you for sharing this special day for me. If you have never seen Somewhere in Time, it is must see for all of my Romantic movie lovers out there. Wishing you all a wonderful Monday.

That is so cool that you fell in love with this movie at 11 and still have such a passion for it. It is so interesting how these kinds of things can affect our lives, and shape them.

Somehow I missed seeing this movie, although I love the two lead actors. After reading your post, Shell, I plan on finding and watching it. Thanks for sharing your passion for it! xo

Today I am celebrating Dr. Maya Angelou on her birthday. Recently, I picked up Maya Angelou's book called Me & Mom & Me. I was... 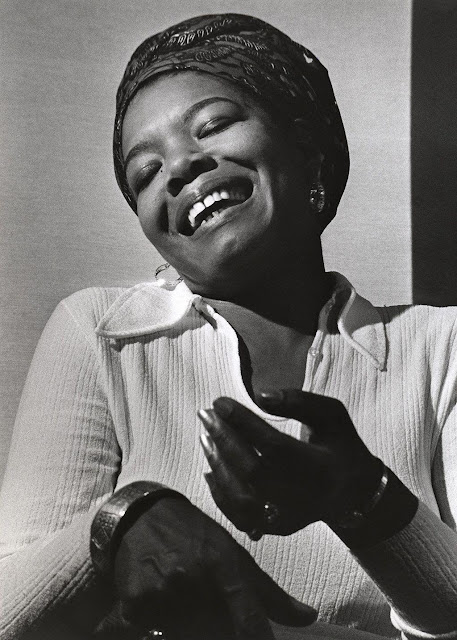