Somewhere In Time and Christopher

Richard Collier (Christopher Reeve), is a college student, who just has his first play produced. He is basking in the glow of success. An old woman dressed in black from a bygone era comes in. Everyone stops talking. She goes to Richard. He turns and looks at her surprised. She says Come back to me then presses a gold timepiece in his hand. She walks away leaving Richard and the crowd stunned. He has no idea who she is and why she gave him the watch. Ten years pass, Richard is restless and creatively blocked playwright. He leaves Chicago and checks in on a whim at a picturesque hotel. And there he finds his destiny in a picture of a beautiful woman from decades ago.. 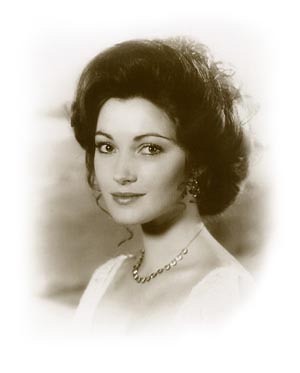 That is the beginning of one of my favorite movies: Somewhere in Time. I was 11 years old when I saw it on HBO. I was hooked from the first viewing. Christopher Reeve and Jane Seymour ,as Richard and Elise, to this day are one of my all time favorite romantic couples. SIT fed my eleven year old romantic soul and still does now. The idea of True love; It can overcome any obstacle thrown its way. If you have never seen the film, I can only say please watch it. Though at the time it came out, it was panned and ignored. It has grown a devoted following. 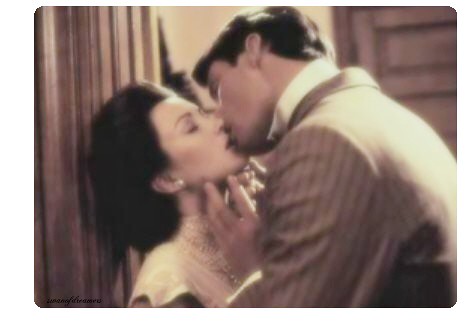 Over the years, Somewhere in Time has influenced me in ways beyond ordinary movies. I like to share some of these moments with all of you. 20 years later, I came across INSITE decicated to Somewhere in Time. I was on their mailing list. I found out they were hosting a one night showing of SIT on the big screen at the multiplex at 42nd and 8th ave in Manhattan. It was the in honor of the 20th anniversary of the film. So on a cold day in October, I found myself with one of my best friends surrounded by a whole slew of SIT fans. Some fans dressed in the era of the film. Not only were we all excited about seeing the movie, Jane Seymour has confirmed to be there. And there was a rumor Christopher Reeve would show up as well!! 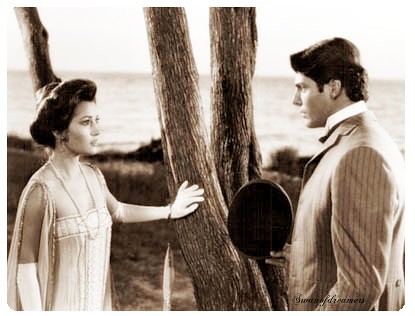 It was one of my favorite nights. To see SIT on the big screen after years of watching at home. It was amazing. Even thinking about it now, makes me glow. Before the movie started, the stars came out. Jane lovely as always. The biggest cheer came for Chris. I stood up with so many others clapping and hollering. Afterward, they had a beautiful reception. I saw Jane up close. We are the same height; She is so tiny. Chris later came out; You could go take a picture with him. 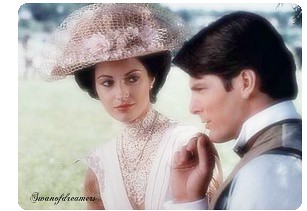 I wanted to tell Chris how much I loved him over the years, I felt shy and full of so many feelings that night. I ended up not talking to him; Despite that,I left with my friend beaming over this magical night. I would in time regret letting my shyness hold me back. Two years later, Christopher Reeve died. I was heartbroken. I had missed my opportunity to speak to him. At the time of his death, I was going through a low point personally and ready to quit acting. A month later, I had a dream.

I dreamed I was at my local park. I was standing there feeling dejected. Then Chris came out of nowhere towards me. He was dressed exactly like Richard.

I was overjoyed to see him. He took my hand and walked me over to a bench. He gave me that Christopher Reeve stare I know so well from his movies. I tried to apologize for the day when I could of spoken to him. This is what Chris said to me. It didn't matter, now. I am a good actress and I needed to keep going. Not to give up on my dreams. That he would be watching over me. We talked a little more. Then he said he had to go. We hugged each other goodbye. He reminded me not to forget what he told me. He tipped his hat at me then disappeared from my sight.

As I promised Chris, I did continue acting. Was it really him? Did he break the barrier of death and time to come to me in my dreams? I'll leave the answer up to all of you. Last year, I found myself cast in a show on Shakespeare's Sonnets. We all had to pick four sonnets to perform. Not just recite them. My director, Ken wanted us to connect with each piece personally. I picked Sonnet 54# as one of the four. I choose Chris as the person I was speaking about in the sonnet. When I practiced. I used his picture to talk to him. 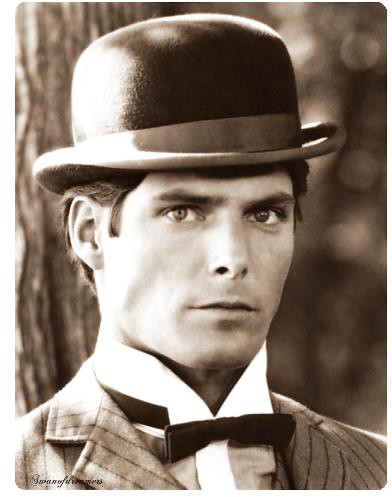 Each sonnet had to have music as an introduction. Of course, I used the theme from SIT with the vocals on it. It was my favorite sonnet to perform each night.

I know this was a long post. I just wanted to share how the power of movies can affect people years after they are made. I am forever in debt to all those involved in making Somewhere in Time and Christopher Reeve. 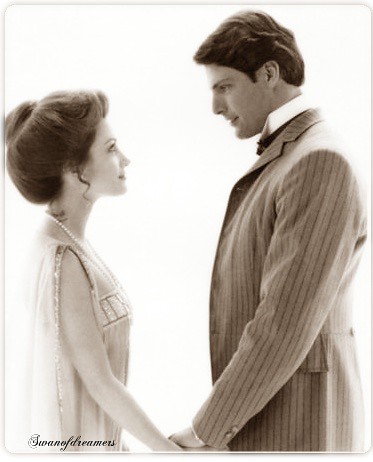 See, Chris I didn't give up. I'm still an actor.

As always, Sweet Dreams to you all.
By Shell at February 20, 2009
Email ThisBlogThis!Share to TwitterShare to FacebookShare to Pinterest
Labels: Christopher Reeve, Movies, romantic, romantic movies, Somewhere in Time, Stars

What a sweet post! I've never seen that movie, but now it is definitely on my "must-see" list. I love how you followed your dream. You are such an inspiration. Christopher Reeve was pretty hansom wasn't he?

What an amazing story! I love hearing about dreams--full of all sorts of juicy information.

Live it!
Much Joy, Many Blissings~*
Molly

wow!!! amazing story! i've never seen that movie you mentioned, but after this, i'll be sure to watch it :)
xoxo
Micaela

What a fabulously original and dreamy blog! I'm sorry it took me so long to find it, but now I'm hooked. :)

This is such a beautiful post, Shell. By the end I was crying. But a good, sweet cry. I miss Christopher, too. I saw SIT for the first time when I was in my 30s. Can you believe that?

What a beautiful story my dear Sister,

I feel the love emanating from you...

And I have no doubt in my mind that that Chris is watching over you, watching your story, your journey as you unfold into your own greatness,

Sending you all my love,

I have not seen this film but now I want too! I loved reading your story about the film and your dream. I am glad you listened to Christopher in your dream and didn't give up.

Oh I seen the movie a long time ago and never forgot it. I have you to thank for remindng me of the precious movie and the emotions it opens in you. Thank you so much for sharing and I wish you luck in your acting and with Steve looking over you, how could you go wrong. Have a great Sunday.

Wow, what a beautiful post! I have to say I LOVE this movie and my mom and I used to watch it together and never got tired of it and the music in this movie is just absolutely beautiful, it is perfect for this movie! Oh, and I do believe that he did come to encourage you :)

Thanks for your kind words Shell. They mean a lot.
Sarah x

This story made me cry, Shell. How beautiful. Like others who left comments, I have never seen this movie, but your story and the gorgeous photos have convinced me that I MUST see it!
Oh, that Christopher Reeve was a gorgeous man! What a wonderful mentor for you!

i love this post! in fact this is what i was going to say i am so glad you opened yourself this much because you showed what i already sense of you but i can feel more how the "real you" sounds when in over a cup of tea two women meet to share all kind of things and thoughts and dreams ;-)
And yes, all kind of artistic matter, specially music and movie and theater performances are so moving and touching with our memories, senses and feelings.
Wonderful post from a wonderful fabulous woman:
YOU!

We must be about the same age. I remember watching that movie over and over again on HBO when I was a kid.

That's it! I saw this film about 15 minutes in, years ago before we could digitally tell the name of the program.

I was moved, swept into it and fell into adoration. I had stopped searching out the title, of which I only knew "Time" was in.

Now you write, it is called "Somewhere in Time", thank you, Shell.

I hope I can get it on DVD, I adore time travel films, and this one is much more than... 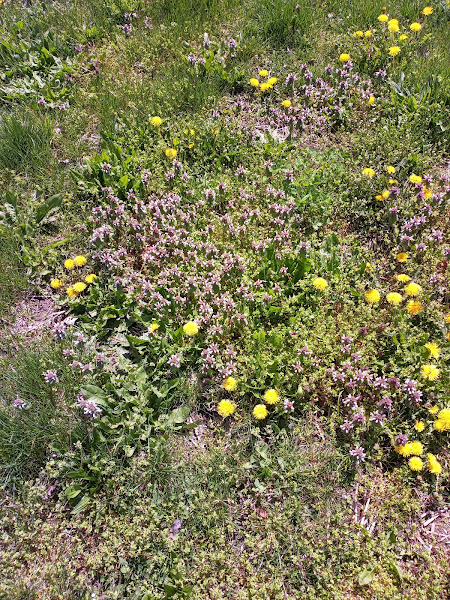